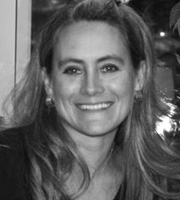 Education: The Oberlin Conservatory of Music, The Cleveland Institute of Music

Studied with: Harp with Alice Chalifoux, Violin with Stephen Clapp

Instrument: Trina plays harp, violin and piano. In the orchestra she plays a Lyon and Healy 23 harp.

Strings have always been at Trina's fingertips. As a member of a musical family, she grew up playing both harp and violin. After majoring in harp and violin at Oberlin, studying with Alice Chalifoux Stephen Clapp, she continued her studies at the Cleveland Institute of Music where she earned two masters of music degrees with Chalifoux and David Updegraff. (Oh, along the way she picked up a state fiddling championship.) Two of her favorite restaurants in Cleveland are Peppermint Thai and Luchita's. She and her husband, John, have a daughter and son. In addition to her fiddling hobby, she loves to bake delectable, decorative theme-based birthday cakes.