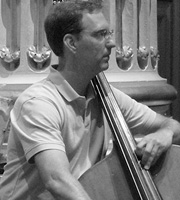 Education: The Eastman School of Music

Tom is a family man and a community ambassador. He is active with his church and is always ready to lend a hand in any project. He is also a craftsman, having built his own kayak (it really floats!) and a helicopter with a working digital video recorder. Tom is a dedicated father of three children and loves a pizza from Dewey's or Marotta's. He loves to cycle, too, and remarks that the easy commute and bike friendly aspects of the artsy Heights neighborhoods make Cleveland most like-able. Keep an eye out for Sperl's Donut Day this coming fall.