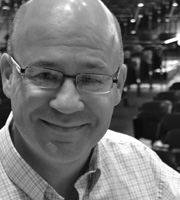 Education: The Cleveland Institute of Music

Stan has lived in Cleveland since 1985 and believes there isn’t a better place in the whole world to raise a family.  He and his wife, Kathy, have a 13-year-old son named John and an 11-year-old daughter named Audrey and they love to dote on their cockapoo, Penny.  In his spare time, Stan enjoys composing, listening to music written by his two children and studying Catholic theology.  He tells this interesting audition story: “After an audition for the Los Angeles Philharmonic I had packed up my viola and was nearly out the door for the hall (absolutely sure I had not won the job) only to have the personnel manager yell for me, telling me to get back in because there was a contract for me to sign.  I could not sign it because I had an audition in Cleveland the next day...”  Which leads him to his most memorable moment onstage.  “In my first month as assistant principal viola here at TCO, the first stand of violists did not play that week’s program (this was a big surprise to me) and there was an involved and exposed two page viola solo.  As a brand new assistant, this was my worst nightmare coming true.  It went very well that first rehearsal, but not nearly as well in the concert!”  Stan teaches college and high school age students at CIM, COYO, and the Kent Blossom Music Center