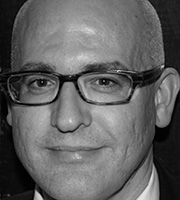 An unfailing dedication to music is what brought Robert to The Cleveland Orchestra from NYC. After dozens of unsuccessful auditions, Robert won three in a row--Cincinnati, The Met and Cleveland, and the rest, of course, is history. He and his wife, Grace, are the parents of two girls, and rescued their dog, Mocho, from the streets near the Quadrangle at 40th and Payne. He enjoys biking and running and you might find music from The Police or the Red Hot Chili Peppers accompanying his workouts. His most memorable Cleveland Orchestra experience occurred during a performance of Shostakovich's 6th Symphony. "I was coughing uncontrollably during my own solo!"  Two of his favorite restaurants in Cleveland are Fire and Momocho. Robert's video profile is on the Oberlin Conservatory website.  He also teaches at the Colorado College Summer Music Festival.