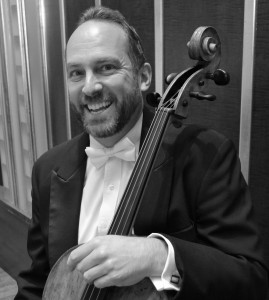 Instrument: Charles isn’t sure what instrument he plays on, but it sounds good!

In addition to playing the cello, teaching, and his performances with The Cleveland Orchestra, Charles, a native French speaker, adds a pinch of piano and a dash of traveling to spice things up.  Charles (in French, the "Ch" is soft) lives with his partner, 2 cats, Bernie and Mack, and their dog, Sal. While his first rehearsal with the Orchestra remains a vivid memory for Charles, he also highlights the performance of  Dvorak's Rusalka in Salzburg as most memorable. In Cleveland, Charles says there are "too many restaurants to have a favorite," and finds the quirkiness of Cleveland delightful.

You can hear Charles on the following recordings:

Live At The Happy Dog