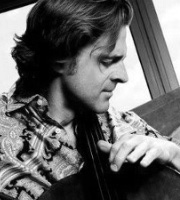 Brian admires the people of Cleveland and his community, and uses his seemingly inexhaustible energy working with and teaches musicians aged 8-80. Brian and his wife, Jen, an opera singer, have two daughters, both pianists. Brian enjoys a good book, and is perfecting his underwater cooking. (Brian has quick wit and a effervescent sense of humor.) He listens to pop and rap, but it was the classics that kept him up one day and through the night. "I stayed up all night auditioning for an Ohio orchestra, the first time I played was at 9:00am and the last time was at 4:00am the next day." That was a long song. Brian's most memorable performances include playing two concertos with the Portland Symphony.